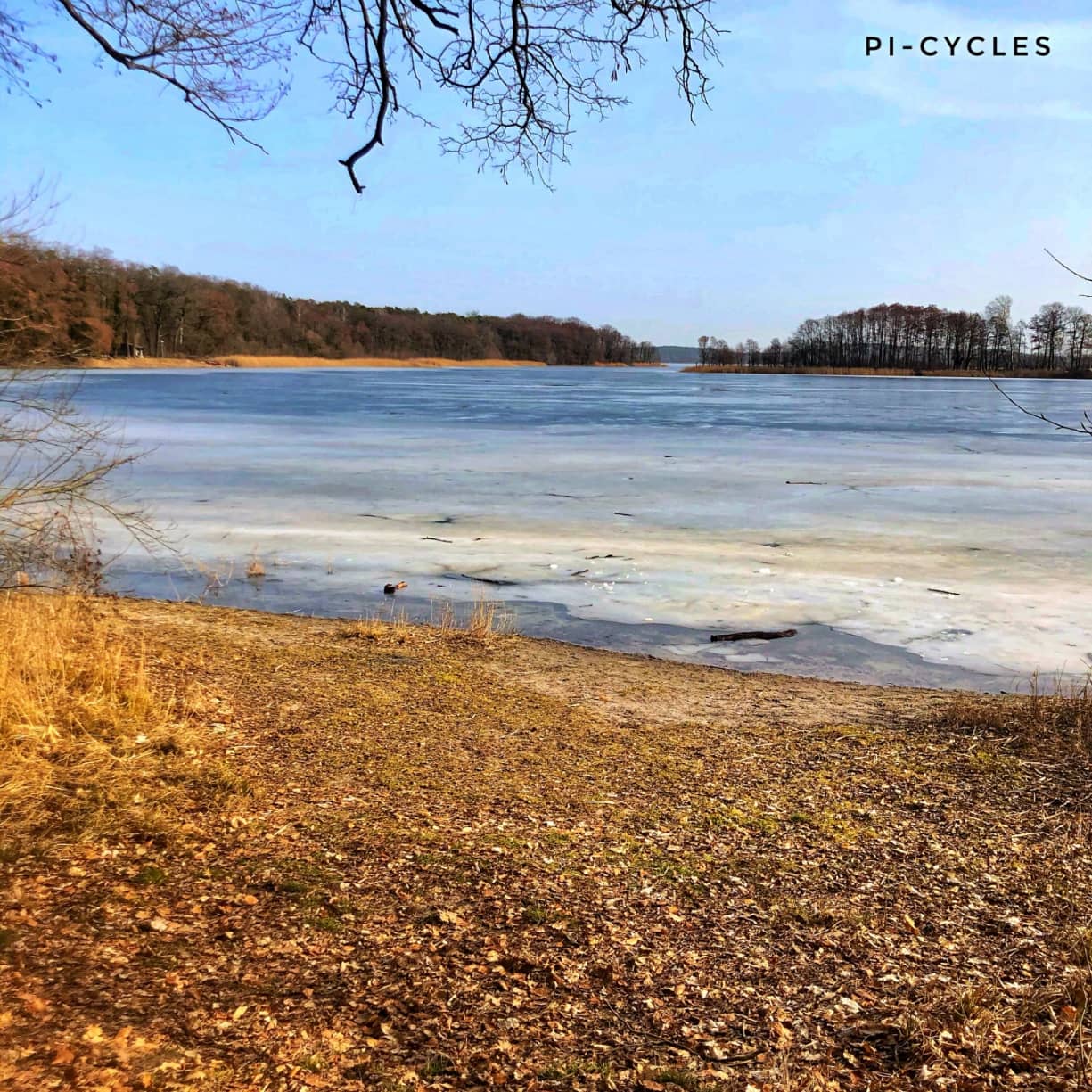 At the beginning of February, I was scrolling through Strava (as most cyclists do) and came across an off-road cycling series that was just up my street. Because of the current COVID-19 lockdown rules in place, BRC Endspurt (Berlin Radrenn Club Endspurt) came up with a series of six loops to be completed individually. Original details were posted on their official tumbler profile. Since each route is an individual time-trial, the competition was widened out to non-club members too!

Each loop starts in the outskirts of Berlin or neighbouring towns and are around 66 km long. Each loop must be completed unsupported, so I couldn’t ask for a friend to meet me and pass on more food or drink during the route. The individual times for each completed loop are then ranked in a league table. Completing each route adds 100 points to the league ranking and further points for the fastest 10 times. I don’t imagine that I’ll be in the top 10 of fastest times, but I plan on completing as many of these routes to boost my league ranking.

The competition runs between February and the end of April 2021 meaning that weather conditions play a part in when cycling a route would happen. But more importantly – the state of the route too. Many sections pass through very sandy stretches, farm roads and forest trails which are extremely tiring to cycle at the best of times but more so after rainfall would turn dry ground into mud. I am fully prepared to push the bike rather than cycle when it gets too bad.

February started with Siberian winds and lots of snow – the most snowfall in 5 years! So while this was lovely, it certainly meant that I would not be cycling any of the BRC routes. But as quickly as the winter blasts came, they left and spring temperatures of around 18 °C meant that I could finally get my BRC Endspurt league campaign underway!

Because of the fantastic weather, I decided to go for one of the longer routes that started in Potsdam. I could even cycle in shorts and a short-sleeved jersey – certainly not normal for February. I cycled the approximately 25 km to get to the Potsdam Hauptbahnhof (Central Station) and before starting the timed route, I had an energy bar to fuel up. I also needed to inject one unit of insulin since my blood glucose was higher than I would like after breakfast – even after cycling to the starting point.

This route has the largest amount of elevation of the six BRC routes and it didn’t take long for me to hit the hills of southern Potsdam. Immediately after heading out, I climbed up the Telegrafenberg (Telegraph Hill) which houses many scientific research institutes. A certain Albert Einstein also researched here back in the day. Some great forest trails were up next and I soon made it to the first really steep climb of the ride – the Kleiner Ravensberg (Little Raven Mountain). I had to dismount and walk the bike up  – this would not be the last time.

The next climb was a longer but gentler incline up to the viewing platform atop the Wietkiekenberg (possibly means Look Far Mountain). Since it was such a lovely day, I took the extra time and climbed to the top of the viewing platform to see how far I could look. The views towards the large Schwielochsee were fantastic!

Next up were three (partially frozen) lakes – one larger than the other: Teufelssee (Devil Lake) as well as Kleiner and Großer Seddiner See (Smaller and Bigger Seddin Lake). Given the weather, there were understandably quite a few hikers around the lakes taking in the lovely views. A long and bumpy trail between the Großer Seddiner See and a golf course finally reached the village of Wildenbruch. I thought this would be some respite, but the roads here were full of cobbles – my back was not too happy about that.

The next major obstacle would be Saarmunder Berg (Saarmund Mountain) not because it was particularly steep, but it’s an oversized sandpit! I even struggled to walk the bike to the top through the deep sand. The views from the top were pretty impressive as the heath landscape is quite different to the tall trees that I was used to. The Flugplatz Saarmund (Saarmund Air Field) is also found here, this is used for light aircrafts and gliding and flying model aircrafts.

There was yet another very sandy section through the Parforceheide (Hunting Heath) where again I had to walk the bike. The sand was so deep that it would’ve taken a lot of strength to cycle through it. As my legs were feeling pretty tired, I decided to save some energy for the rest of the route and walk through this section. Once rid of the sand, I had an energy gel to provide a sugar boost – I was feeling a bit grumpy after all the sand and a sugar buzz could help remedy that. I was back in Berlin for a short stretch after crossing the Teltowkanal (Teltow Canal) and cycled up practically all of the available climbs from here until reaching the starting point back in Potsdam.

So I finished this first route of the BRC league. I was pretty knackered by the end of it. I took some time to stretch out my back, bang all the sand out of my shoes and have something to eat before cycling very slowly back home. The cycle back home was very easy, just to spin out the legs and stretch out my muscles before taking a nice warm bath once I got home. I also noticed that my arms were a little red from cycling in the sun all day! Getting slightly sunburnt in February in Germany is new even for me.