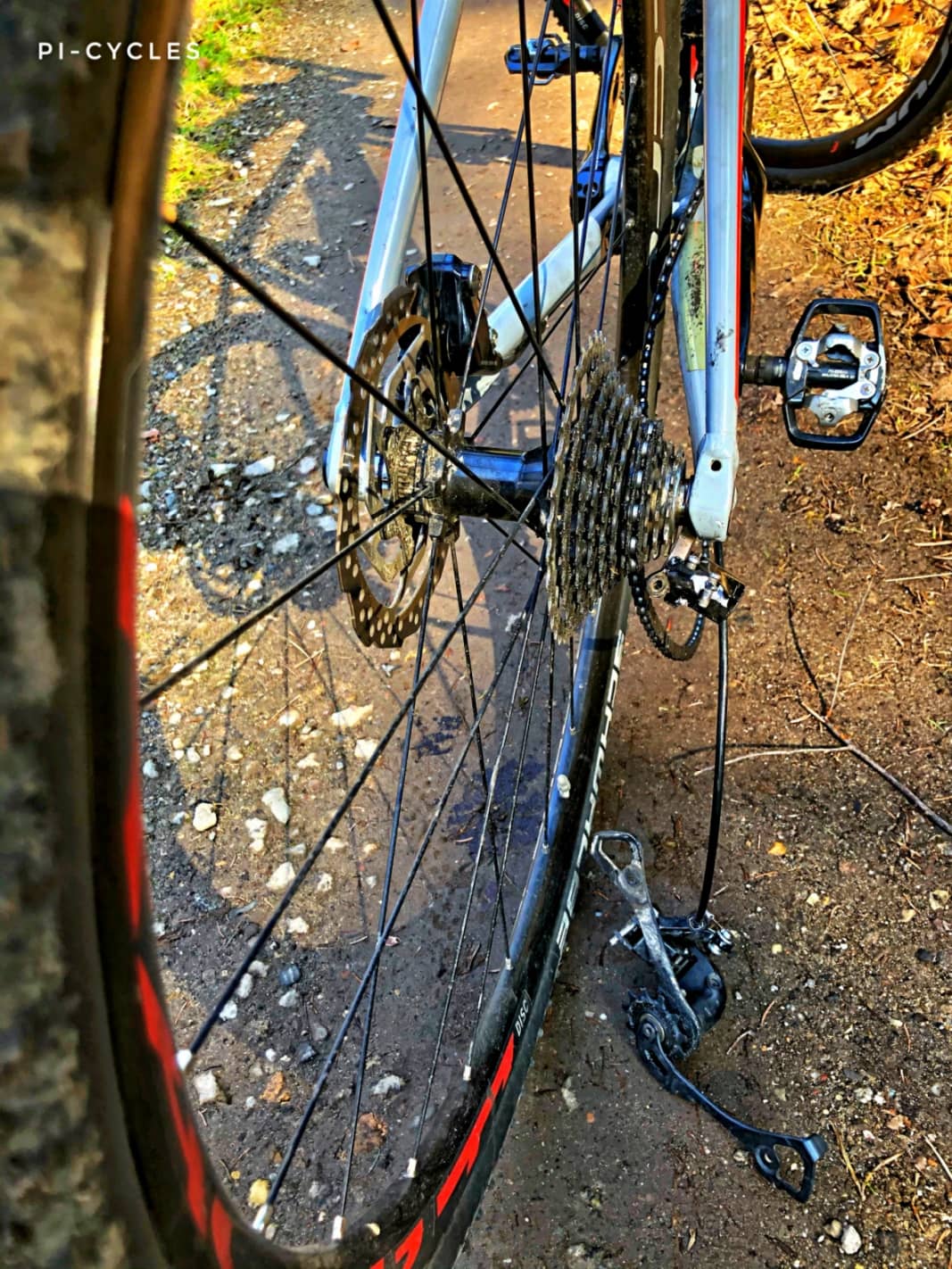 A fine day in March meant I could (try to) tackle another route of the BRC league. I decided on the second longest route that started at Ahrensfelde, a town on the north east border of Berlin. While it was sunny it was certainly cooler (maximum of 10 °C) than my last BRC route so I couldn’t further work on my tan 😉 . What I didn’t expect though was how much I would have to walk my bike!

I cycled the 26 km to the start point and by the time I approached Ahrensfelde, my CGM alerted me that my blood glucose was a little low for cycling. This was perfect timing as I planned a food stop at the starting point before starting the timed route itself.

The route used off-road farm tracks that passed through the large sections of fields in this area. This meant that they were quite wide but full of potholes – I swerved about to avoid hitting them. I soon reached the lovely lake-side views of the Haussee (House Lake) of Löhme before getting to Werneuchen. Here there was a fantastic bike path behind the Werneuchen Airfield.

Once out of the town of Hirschfelde (Deer Field), a sandy forest path turned into cobbles and then just as I reached the deeper forest section disaster struck! A stick from the trail wedged into my rear derailleur and ripped it clean off. A classic way of ending an off-road ride and no chance of repairing it in the forest. I decided to walk back to Werneuchen and take the train home.

The walk to Werneuchen was mainly at the edge of a field that the Bundesstraße 158 passes by. This was pretty uneven and the next day I woke up with muscle pain in muscles that I don’t normally use while cycling and only in my right leg. I was hobbling around very funnily 😀 .

The nearly 7 km hike with a bike took almost as long as I cycled the route until my derailleur broke! But I made it in good time to catch the next train to Berlin. Thankfully I had a mask with me so I felt a bit safe on the trains. This was actually the first time I was on a train for about a year. The vast majority of people were wearing masks but on two trains, there was a man each who was not wearing a mask at all. I was not happy about that but at least in the days after, I felt good and my blood glucose was behaving normally (if it was too high for unexplained reasons it would be a sign of illness).

I made it home safely and the next day hobbled with Flash to the bike shop to fix it up. The bike shop did a great job and it was even ready the next day! But only because the mechanic procured the rear derailleur from a friend of his – it’s becoming increasingly difficult to get bike parts with the pandemic hitting the supply chain.

1 thought on “BRC Endspurt Meisterschaft 20/21: Aborted Stage 2/6 – Dem Gamengrund auf den Grund gehen / Getting to the bottom of the Gamengrund”