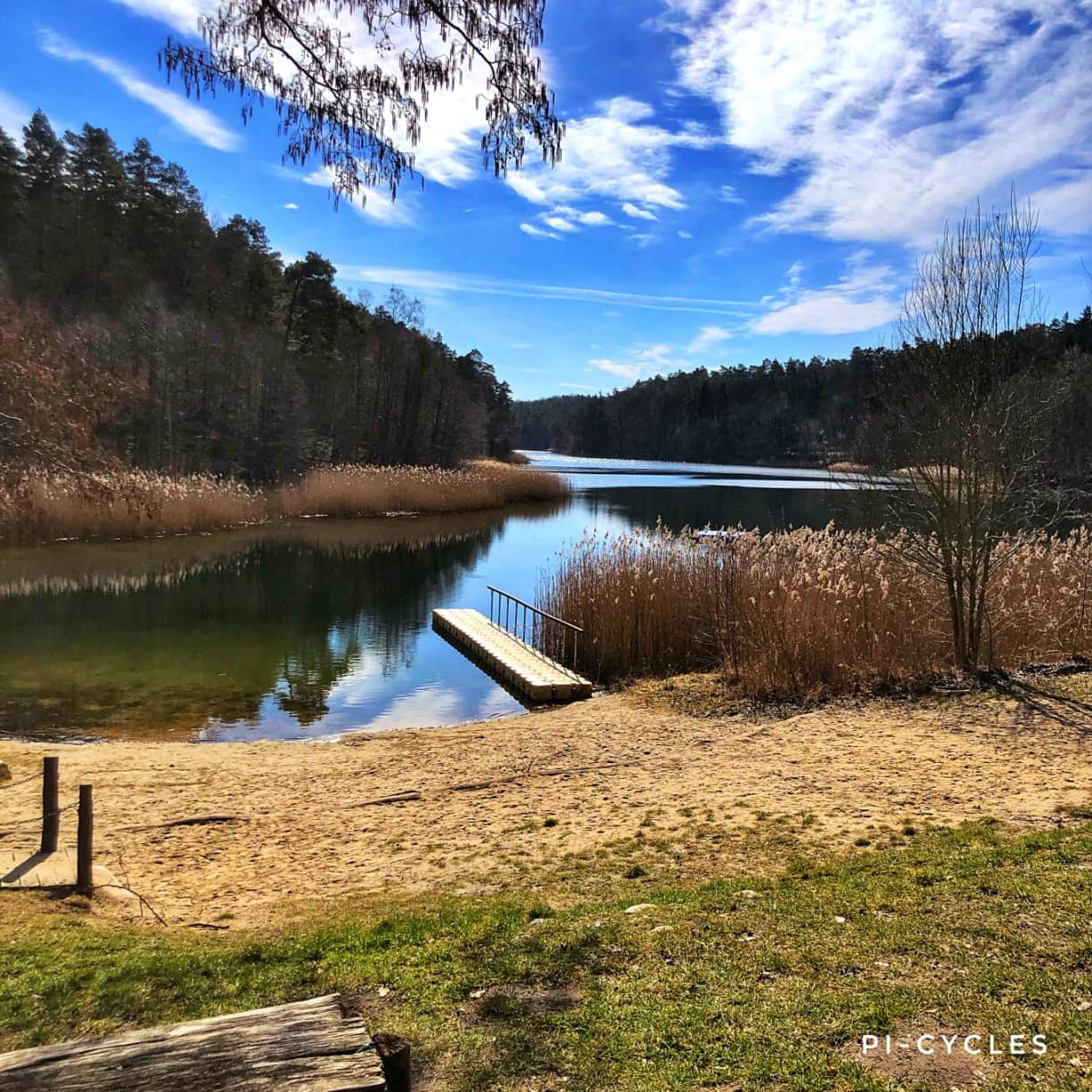 Flash was fixed by a local bike mechanic after the Disaster of Werneuchen during my previous attempt at a BRC route, but a cold snap meant I had to wait some time before the next BRC route. Finally some warmer temperatures and the bonus of sunshine offered the chance of getting rid of some demons since I would retry the same route that broke Flash.

I had my usual breakfast, injected a reduced amount of basal and bolus insulin and headed out towards Ahrensfelde. Once I reached central Berlin after some detours to nab some new wandrer kms (only 30 mins after starting), my blood glucose was already misbehaving. I decided to have an energy bar and a gel in front of the Alte Nationalgalerie (Old National Gallery) for a proper carb boost.

This sustained my blood glucose until reaching the start point of the route, but was already an indication that my body was in a very insulin sensitive state. I would need to feed the monster as many carbs as desired to safely complete the route. Before starting the route proper, I carb loaded by once again eating an energy bar and a gel next to two horses that I hadn’t noticed last time.

I was now ready to leave my equine supporters and head off. My recon of the first 30 km from my first attempt helped in what to expect from road surfaces, turns and potholes. I kept an eye out for the jockey wheel that I left in the forest but couldn’t see it. But I was very relieved to pass the point of no return from my first attempt and cycle along new paths. Once past this point, I needed to eat another energy bar to keep my blood glucose in a safe range.

The first new section was straight into the nature reserve called the Gamengrund – lovely forest with long and narrow lakes. The distinctive shape of the Gamensee (Gamen Lake), and other similarly shaped lakes, comes about from its formation during the last ice age. Ice collapsed creating a valley and when it melted, formed these lakes.

I cycled around the tip of the Gamensee and followed the trail along the bank until reaching the opposite end of the lake. This was pretty spectacular but I had to refrain from enjoying it too much as the trail was pretty rooty and required full concentration. The next section through the dense trees of the Gamengrund was also fantastic! The mossy ground and the sun shining through the trees was just lovely – I must revisit when the trees are more leafy.

Forest trails next to lakes were the norm; this did mean that there were plenty of fallen trees across the path though. So I frequently had to get off the bike and carry it over a fallen tree. I reached the Fängersee (Catcher Lake), which had a very technical trail next to its swampy shore. I could hear lots of geese in the area too but didn’t see them.

My needy blood glucose was calling again so I ate another energy bar. I thought I had chosen a decent path to eat while cycling. But this smooth path turned into a muddy one about half way through the energy bar. Navigating deep muddy puddles while eating and holding on to the handlebars and not dropping the food should be an Olympic sport!

I reached the town of Altlandsberg (Old Land Mountain) which meant that I was reaching the end of the Stage. I followed the route on my Wahoo Element along trails through the towns of Hönow, Mehrow and Eiche until I reached my equine supporters in Ahrensfelde once again. I was very happy to have completed this route and was ready for a final food break before cycling back home.

I ate my remaining two energy bars and headed back home. It’s days like these that make me feel good for always bringing more food than I think I’ll need. There’s no way to predict when my body will be so needy for carbs so it’s best to be prepared just in case.

Once my effort was analysed by the BRC league commissaire, they noticed that the final section between Altlandsberg and Ahrensfelde differed significantly from the official route. The BRC organisers check that every race entry follows the designated route, when this isn’t the case a time penalty is added to each entry. Because of the significant differences between what I cycled and what I was supposed to cycled, my race entry has an additional 35 minutes because of these errors. Obviously this was frustrating but I doubt I will attempt this route a third time to get a better time.

This route was quite different to that of Stage 1, fewer steep climbs and less sand but more rooty trails and cobbled paths that require full concentration. So far this route is my favourite, with the Löhme Hausesee and Gamensee being the highlights. Looking forward to what obstacles the next route will bring!

1 thought on “BRC Endspurt Meisterschaft 20/21: Stage 2/6 – Dem Gamengrund auf den Grund gehen / Getting to the Bottom of the Gamengrund”