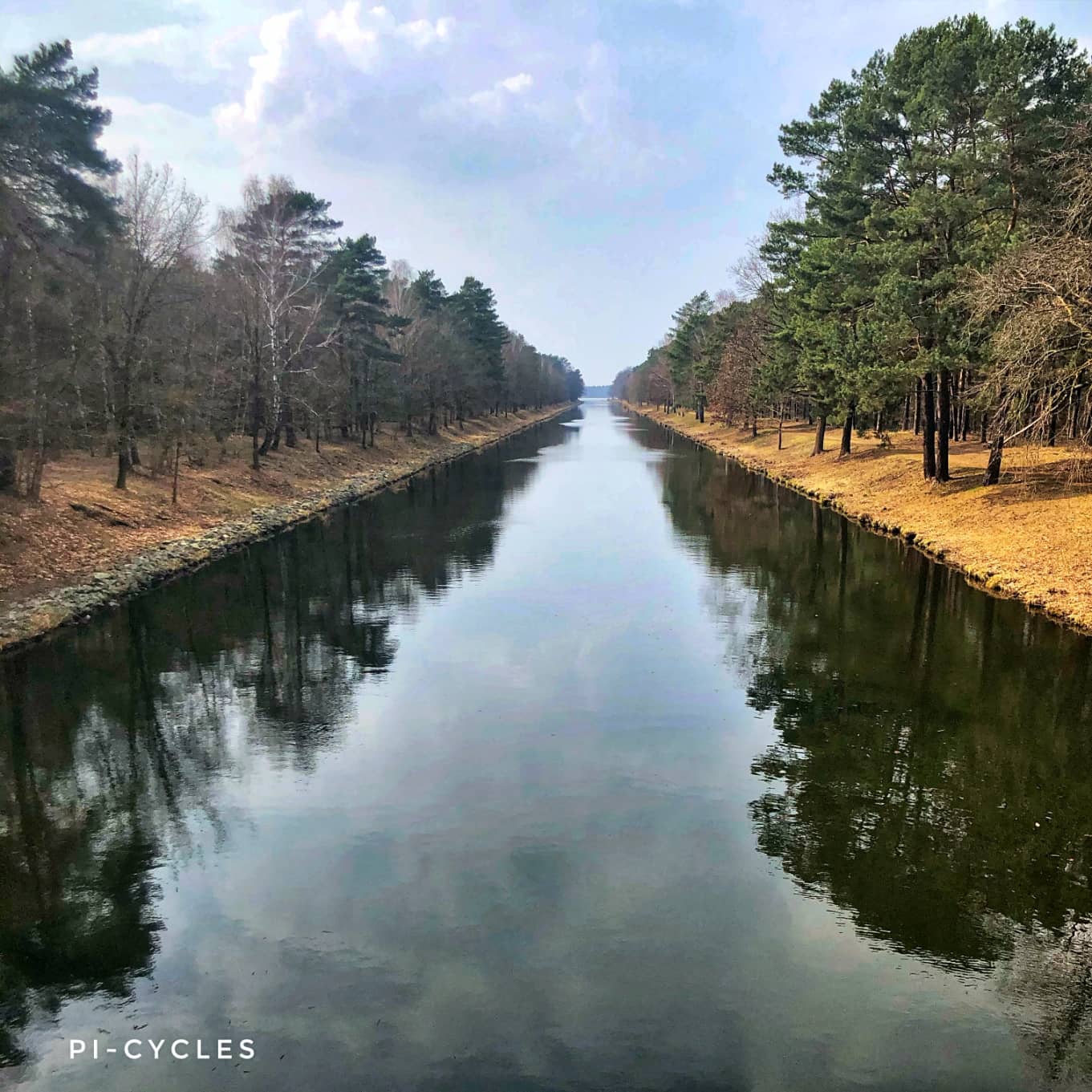 Another fine spring day meant I could tackle another BRC route – in shorts no less! So I decided on a route that started in Grünau, a very forested district in the southeast of Berlin. After the last Stage, my body was very insulin sensitive so I reduced my basal and bolus insulin before heading out more than I did for the previous Stage. I don’t want to eat all my supplies again!

I was now ready to cycle the 30 km towards the starting point. Not long after starting and just like the last Stage, my CGM alerted me that my blood glucose was dropping. This was not what I hoped or planned for. I had a gel and carried on cycling. Thankfully, this gel was enough to get me to the start point in front of the Grünau S-Bahn station. The previous day, I had baked a batch of flapjacks and ate a large slab to fuel my race attempt.

The route passed through the Berliner Stadtforst (Berlin City Forest) along the train tracks before leaving Berlin and heading into the fields of Brandenburg. The area around Schulzendorf seems to be heavy on stables and horses – I saw people on horseback too. This also meant that horse poo was an additional trail obstacle to avoid.

I left the horses behind and hit the trails through the pine trees of the Wüstemarker Forst (Wüstemark Forest). The route passed through the village of Hohelehme where I spotted a large crane (Kranich) in a field, unfortunately a dog and its owner scared it off before I could take a decent picture.

The buzz of the Autobahn was getting closer and I crossed under it before carrying up Flash the stairs to get to a fantastic cycle path running parallel to the Autobahn that crossed the river Dahme. I knew that the Niederlehme water tower was nearby and wanted to snap a picture of it. This tower pops over the Autobahn as a nice landmark and I had noticed it during the Queen Stage of the Grand Tour de Öffentliche Verkehrsmittel.

Once through the industrial area and past a huge quarry in Niederlehme, I was now in the Friedersdorfer Forst (Friedersdorf Forest). This meant even more lovely trails through pine trees with the occasional wind turbine for some change in scenery. This continued until I reached the Oder-Spree-Kanal (Oder-Spree-Canal). The trail parallel to the canal was very rough due to recent logging in the area.

I crossed the canal and cycled through the sandy heath near Paschenfeld, which used to be a military exercise area. The route passed through the village of Gosen and then I was back in Schmöckwitz, the most southeastern district of Berlin. I made it back to the Berliner Stadtforst from the beginning of the route and successfully followed the route back to the start point.

The end couldn’t come soon enough since my CGM was loudly alerting me that my blood glucose was getting low and dropping further. My flapjack from the start just about managed to sustain my effort – can’t ask for better fuelling than that! If the route was another km longer, it would’ve been a different story. I had a coffee from a kiosk, took on a gel and an energy bar and waited for my blood glucose to start rising before cycling back home. My blood glucose was still pretty low when I ordered my coffee and apparently I slurred my German so much that the guy who took my order thought I spoke Swiss German! 😀

I really enjoyed this route, the trails through the pine forests were amazing. I didn’t get to see many lakes but did get to admire the Oder-Spree-Kanal and the river Dahme. The weather should allow for more shorts and short-sleeved riding in the next week so I’ll be able to tick off another route soon – can’t wait!