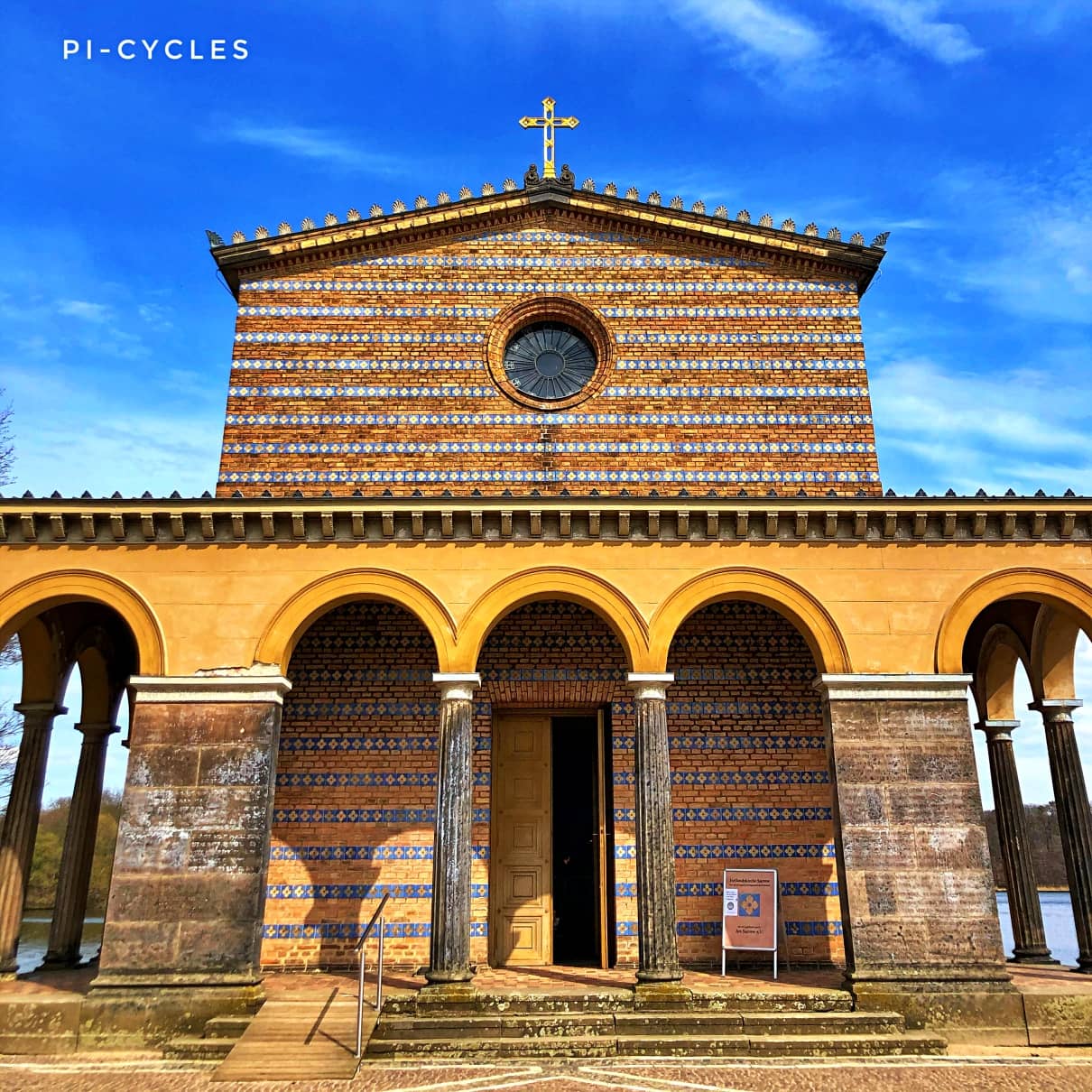 After the glorious weather of the previous Stage, another cold snap came around, meaning I had to be patient before tackling my penultimate BRC route. A window of opportunity finally cropped up and I took it, although I did have to put on practically the full winter cycling kit.

This was not the only change from the previous Stage – I had a bike change too. The previous week, I was out using Flash and the chain made hideous noises by slipping on the large chainring – obviously only when I was around people to hear poor Flash’s groans of agony. I ordered a new chainring and cassette (which will get here much later due to the scarcity of bike parts). So I decided to use Severus, the trusty hardtail mountain bike for this Stage. I would definitely be slower than I would like but the front suspension would at least make for more comfortable off-road riding.

Since I was using a mountain bike, I tackled the best-suited route that would go through a large section of the Döberitzer Heide (Döberitz Heath). This area is extremely sandy so the wider tyres of a mountain bike meant I could cycle more comfortably than with a cyclocross bike. With my equipment prepared, the next thing was to prepare my body for the long day in the saddle.

I woke up with low blood glucose – not ideal – so I injected half the required bolus insulin for my breakfast and also a lower amount of basal insulin. A quick blood glucose check right before heading out showed that my blood glucose was still not as high as I would like before cycling the 26 km to the start point so I quickly munched down a cereal bar.

Finally able to get out the door, I headed out west over the Havel and then south towards the Sacrower See (Sacrow Lake) just outside Kladow. I came across a rustic little chapel – the Schilfdachkapelle Zum Guten Hirten (Thatched Chapel to the Good Shepherd). This looks older than it actually is – it was built in 1953. The church was built after the Groß Glienicke community was split following the Second World War and the evangelical community that was now part of Kladow (in the British Sector) were not allowed into their original parish church that was in the Soviet Sector.

Once I reached the northern tip of the Sacrower See, I had a nice break where I ate a flapjack and injected 0.5 units of bolus insulin to help my body use the carbs. My blood glucose was pretty steady, but I thought I needed more insulin to help me perform better during the route ahead.

I was ready to start the timed route and headed over the sandy bathing spots of the Sacrower See – a lovely lake to swim in – and then north through the Königswald (King’s Wood) towards the Döberitzer Heide. The Döberitzer Heide is a HUGE area that was formerly a military training area, but now is a nature reserve that even houses large bison. I had never before seen any bison in the Döberitzer Heide so I was very excited to see one having lunch near the fence!

Once out of the Döberitzer Heide, I headed west towards Marquardt on a bumpy field path parallel to an irrigation ditch. The route required me to carry Severus over the ditch using some planks that were placed over the water. Sketchy but I made it safely over. Before I could get to the main road, there was some more precarious bike balancing along a narrow path between a fence and a ditch. Very happy to get through safely!

From Marquardt, I crossed the Sacrow-Paretzer-Kanal (Sacrow-Paretz-Canal) and cycled parallel to this canal until reaching the Schlänitzsee (Schlänitz Lake). My blood glucose was behaving as I would like it to (yey!) but I must never forget to feed the blood glucose monster, so once I reached Grube, I ate an energy bar.

The route called for a forest trip in Leest, I couldn’t follow the route as the intended path was closed off. I improvised by hiking through the nearby forest and eventually came back to the correct trail. The BRC team awarded me a 1 minute bonus for my efforts!

The next stretch was along bumpy paths of concrete blocks and off road trails where I scared off plenty of geese and was stared at by lots of cows! The cows were particularly unimpressed. All these bumps loosened one of the bottle cages so I stopped in the village of Göttin (Goddess) – yes, it’s really called that! – to tighten down the screws.

By the time I reached Golm, my hands and arms were in a lot of pain. I was not used to cycling this long on a mountain bike and the different hand position to a racing bike was almost causing cramps! I took every opportunity I could to rest my hands and arms.

The next section around Bornim took on some steep climbs and trails with large fallen trees to hurdle over. I eventually crossed the Sacrow-Paretzer-Kanal for the last time and took on the very steep Kirchberg (Church Mountain). While I was waiting at a traffic light to get to Krampnitz, I took on a gel as I was pretty sure I needed a quick carb boost for the final 10 km.

The route used large sections of the Berliner Mauerweg (Berlin Wall Path) along the Jungfernsee (Maiden Lake) but included some detours to go up more inclines. Just as when I cycled the Berliner Mauerweg, the Heilandskirche (Church of the Redeemer) was a stunning highlight. The final section took me through more of the Königswald and back to where I started at the Sacrower See.

I was pretty knackered after this effort so I was delighted about popping over to my friend in Kladow for a coffee stop. It was great to recover in the sun with good coffee and chocolate, while chatting with my good friend. There is now only one more BRC route to complete. I doubt that Flash will be ready in time but at least I know that Severus is a capable alternative!