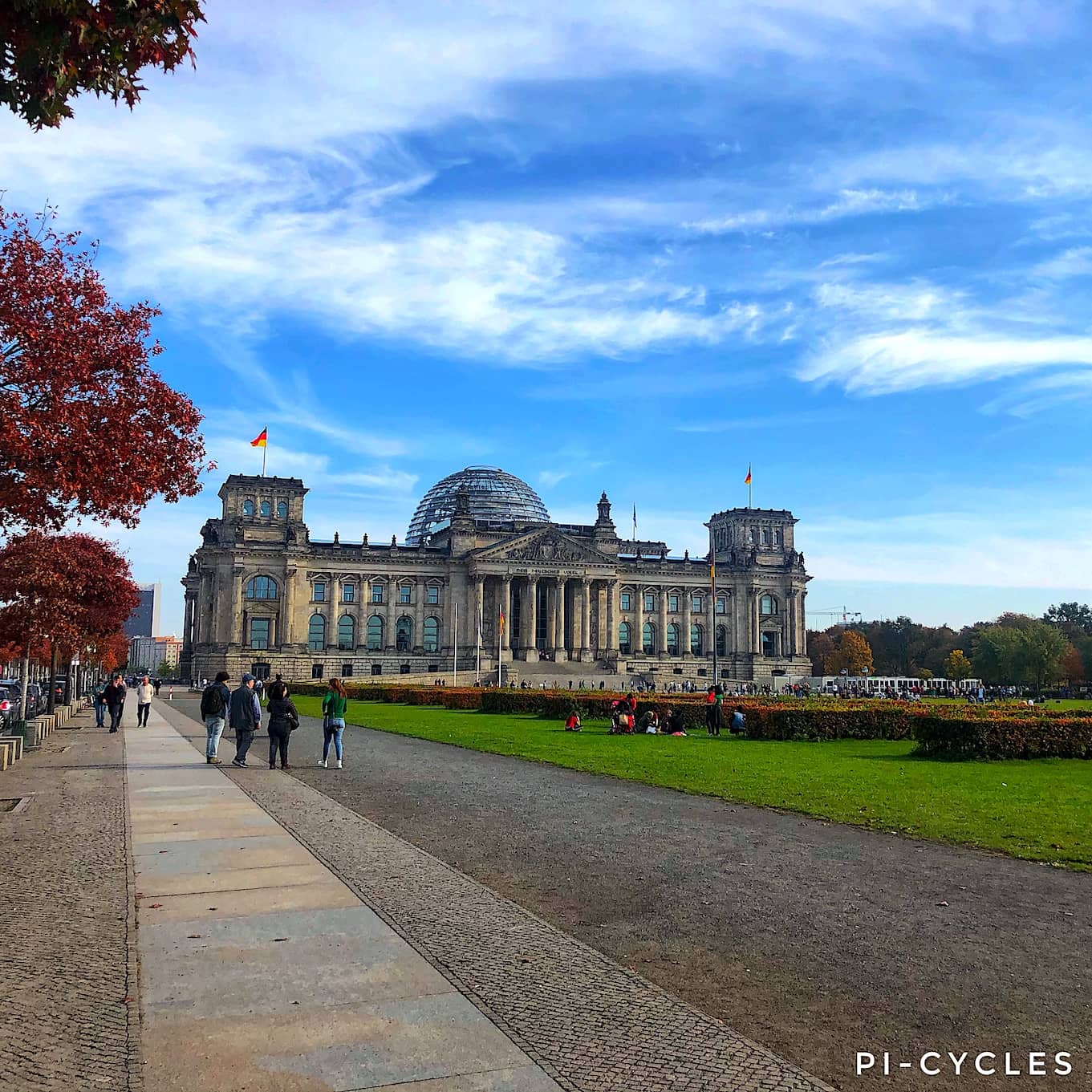 Another beautiful autumn day meant that I’d head off to complete the Tour de Embassies. Another breakfast of champions, reduction in both bolus and basal insulin similar to Stage 1 and I was off towards the Croatian embassy around Nollendorfplatz.

My blood glucose was dropping fast heading towards the most intriguing “embassy”, that of the Hutt River Principality  (a principality with its own currency and passports in Western Australia declared by an eccentric man who hands down the principality through the generations). This happened even though I had an energy gel not long after getting to the Croatian embassy. On Katzenbachstraße, the site of the now famous misunderstanding between me and Nadja about the Col de Tourmalet (What? This isn’t Turmallee? XD), I pulled over at a bakery and bought me a Fanta since the only other option was Coke Zero, but as the salesperson rightly noted, taste doesn’t matter all your need is sugar. I forget how sweet these soft drinks can be, it certainly had the desired effect on my blood glucose though.

Blood glucose fighting aside, I was making my way on pretty bumpy bike paths towards Rudow and there was nothing except a Darts Bar where the Hutt River “Embassy” was supposed to be. Oh well. Next was getting towards the Belarusian Embassy in Treptower Park through loads of Kleingartenanlagen. There really are just loads of them around the Baumschulenweg area.

After the Kleingartenanlagen, it was off to a lovely part of the Berliner Mauerweg and into gentrification central aka Friedrichshain and Prenzlauer Berg – even some areas in Pankow showed a lot of gentrification. The difference in the area around the Oberbaumbrücke along the Spree is just massive compared to when I moved to Berlin in 2011.

Next up was north Pankow, some pretty nice green areas now turning shades of yellow, orange and red. Really quite lovely. Pankow turned into Mitte where full attention was needed to navigate safely through and with all the traffic especially around Friedrichstraße/Leipzigerstraße and many other Straßes in the area.

Final stop was the east part of lower Tiergarten where some of the most impressive embassies lie. The Japanese one, on Hiroshimastraße – bit on the nose – is huge! Just down the street the UAE embassy was a lovely building reminiscent of middle eastern architecture that I particularly like. I was also pleased to see the Slovak embassy pulling its own weight in this area with a lovely mural on one wall. This does indicate the level of nature that you’ll find in the country.

Also worth noting is the size competition between the Italian, Austrian, Indian and second Turkish (the other one is on Heerstraße) Embassies. The last embassy was the Saudi Arabian one, as much as I disagree with their general governmental stance, it is a nice building.

Blood glucose was pretty stable after eating an energy bar about 2 hours into the ride. After that I didn’t need to eat anything and blood glucose was stable at the end with 90 mg/dL. All in all the emergency Fanta stop did its job.